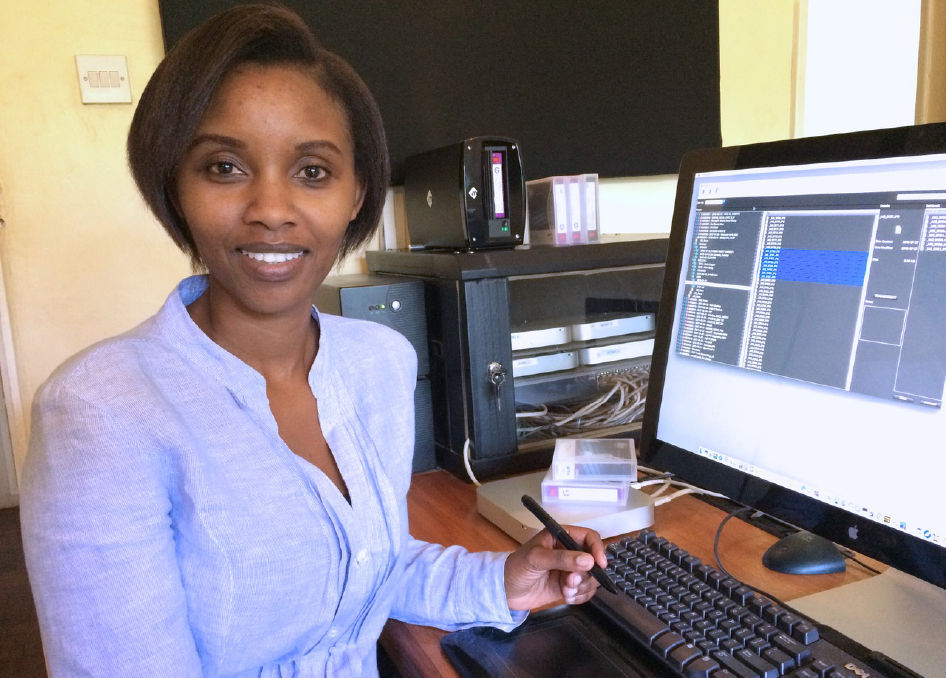 #tbt To that time we had an awesome piece written about a super important organization helping people. This article was originally posted on the Studio Daily site on February 23, 2018.

GoodMakers Films is a production company with a mission. Leveraging the storytelling chops of co-founders Tilo Ponder and Cris Blyth. GoodMakers aims to bring new exposure to worthy charities, non government organization and marginalized communities through documentaries and community projects. Ponder had worked previously on multimedia advertising campaigns. Her husband Blyth, was a commercial director, animator, editor and VFX artist. Both of them were eager for a change that would make them feel like they were contributing more to the greater good. They didn’t realize at the time how dedicated they would become to that cause. StudioDaily asked Blyth Five Questions about their work with not-for-profit groups and youth-led organizations in Kenya and beyond. 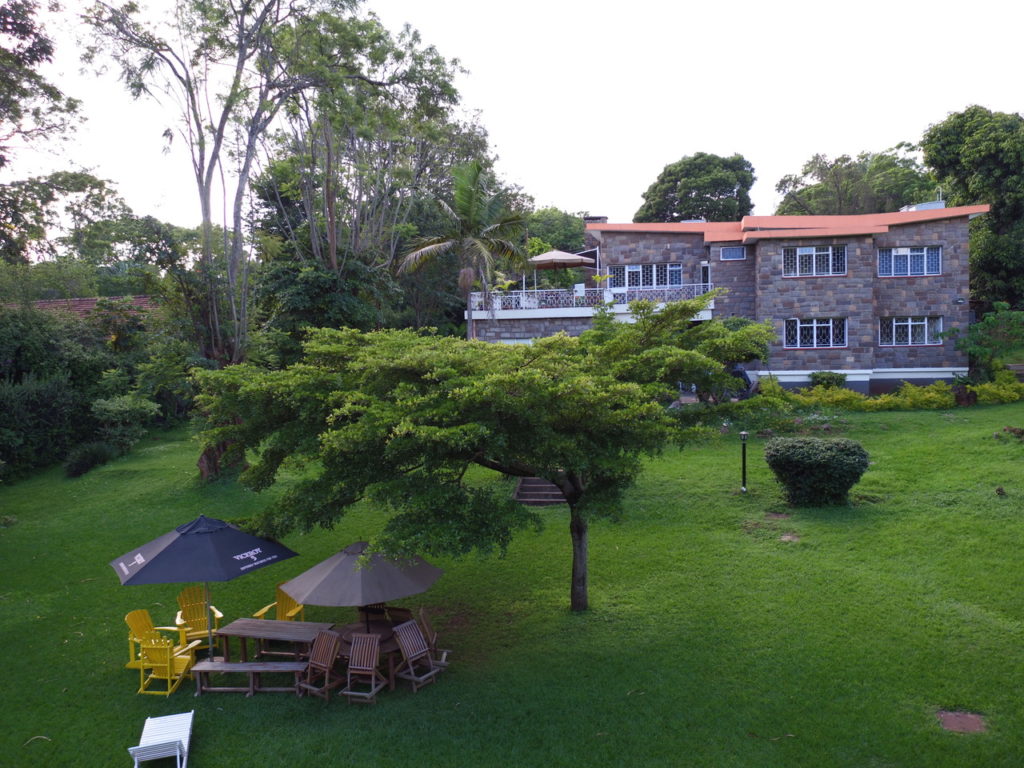 StudioDaily: Your motto is “increasing charity impact through documentary films.” How do you accomplish that?

Cris Blyth: There are many charities or NGOs out there. Some of them don’t need help. They have good messaging and good stories that get them donations to further their cause. However, we found that there were some great NGOs that didn’t know how to tell their stories effectively and were always working hard to get funds to sustain themselves. As filmmakers, we can find the right way of telling the story to appeal to an international donor base. That is important because many of these community charities are based in developing countries.

We made an effort to leverage our storytelling expertise to benefit charities and create meaningful impact. Different causes were vetted, funds raised, and trips planned to spend time with the charity founders. Tilo and I got to interact with their communities and translate their value proposition into compelling short documentaries. It was – and still is – a great success. Using the short documentaries to reach international donors, the charities have raised awareness of their existence. They’ve taken in considerable donations. It has had an immeasurable impact on us personally and on the charities we seek to help.

Initially based in Los Angeles, we balanced our efforts by working our “regular” jobs for around nine months of the year. Then took about three months to go film and edit the projects. Over the first couple of years, the 70-30 split became 60-40, then 50-50. At that point, we realized that a change might be coming for us.

How do you discover and select the subjects for your films?

After our first film, we found that people came to us. We were connected to other networks like Creative Visions. It’s a group that does a great job of connecting the right activists and donors to their right projects. That said, we are careful about which projects we take on. We look for NGOs that have an end goal and a game plan to either do the work and expand, or replace themselves as they grow and help others. After a few years, we also had other corporate social-responsibility projects from the likes of Southwest Airlines and Ericsson. We also had incredibly helpful tech partners such as Red Digital Cinema, Sony, Drobo, and NewTek. Without that help, it would have been incredibly difficult to finance the work.

Tell us about a recent project and how it successfully raised awareness of a specific cause or community. 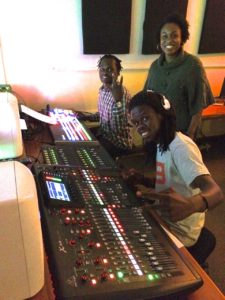 The GoodMakers team at an audio mixing desk.

Our most recent project has been a complete shift for us – to Kenya! My wife, Tilo, was asked to work on the 2013 presidential elections by the Kenya Red Cross and its partner. It culminated in a peace campaign called “Chagua Peace”. This was something that was especially needed after the violence of the 2007-2008 Kenya elections. During the same period, our GoodMakers Films team worked with local youth to hold Kenya’s first Youth Town Hall. This gave young Kenyans from marginalized communities a voice to discuss issues of concern that impact their daily lives. It  included health care, education, skills training, and concerns over corruption. This project was a great success.

It also led Tilo to realize that the youth in Kenya didn’t really have a voice in matters of governance and civic engagement. That’s when she really discovered what talent there was here in Kenya. The talent that we realized could find presence through video, radio, and TV. So we decided to stay and do something it.

And what did you decide to do?

Over the past four years, we’ve built a youth-culture platform that encompasses radio, TV, and blog posts. All are online and all written and produced by our young staff. It’s called “What’s Good Networks.” We are now East Africa’s leading digital content studio and aim to become the premium entertainment platform celebrating Africa’s youth culture globally. We were the first to live-stream back when most Kenyans didn’t have a smartphone. So we were early to be on time. We have always served a mobile-first audience with a focus on under-30 consumers who get their media predominantly online. Our writers, editors, camera people, producer, and hosts create and produce original shows. We guide them by training them in all aspects of production. This way we maintain an international standard to ensure our content will be consumed globally.

Kenya TV is still in SD – yes, standard definition PAL. However, everything we make is in HD. NewTek supplied us with a TriCaster 8000 system, which really allowed us to work efficiently and deliver quality products that we can all be proud of. One of the shows we make, ShengTalk, is based entirely on the popular urban informal settlement language Sheng. The show is very popular. We’ve known the hosts since there were 14 years old. Now, all grown up, they are rising celebrities in their own right.

It’s incredibly difficult doing something new like this in a foreign country like Kenya. Kenya has its own complexities from a political, cultural, and business perspective. Doing business here is not for the faint of heart. We have had to be very agile to respond to shifting market trends. Throughout our time here, we have been adamant that our mission is to build long-term value. We produce excellent content that is made for, by, and about young Africa – but ultimately can be consumed by global audiences. Our impact is now being felt, and our brand is very recognizable. Indeed, we feel our efforts are paying off. 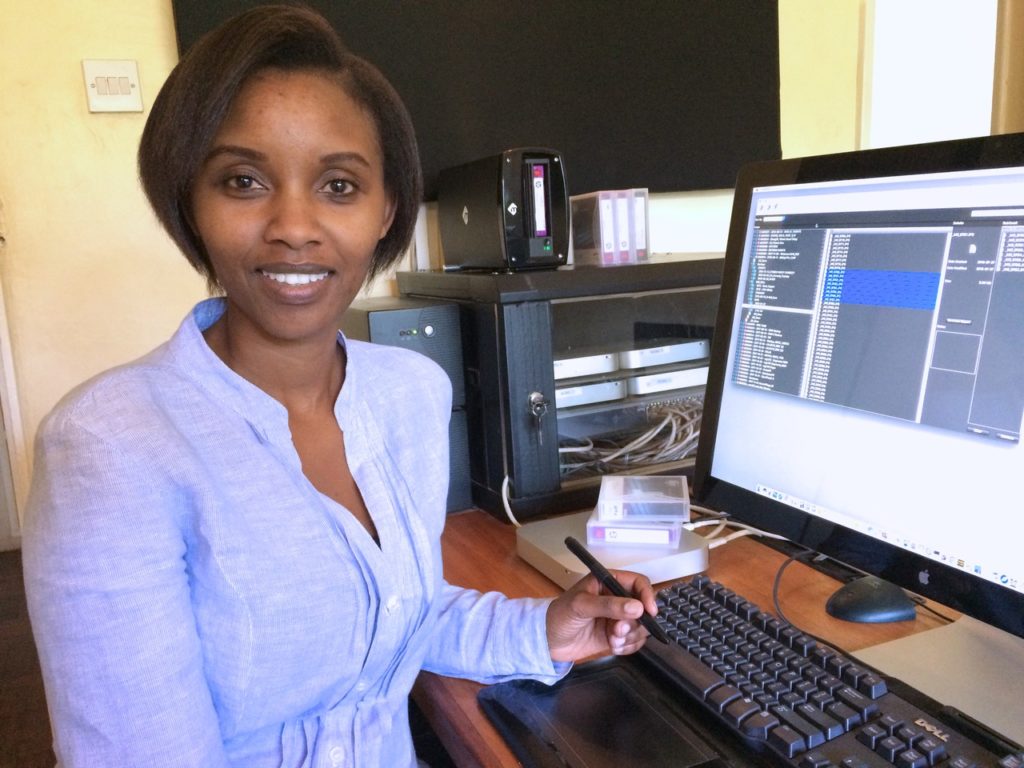 What are the special challenges of this kind of work? What are the key tools that help you make the most of your time in production and post-production?

Because we film a lot of footage monthly, we need an effective way of storing the footage. Although we have a generator and UPS systems, the power spikes can still affect our systems. We’ve lost whole RAID units in the past due to voltage fluctuations. Hard drives can also simply die, as we all know. So tape is the best solution. When I bought an mLogic mTape unit, it came with a trial of Imagine Products’ PreRoll Post. Initially I thought, “This is fine, but I’m sure there are other options.”

However, after spending a long time going through trial periods on many, many different offerings, I came back to PreRoll Post because it simply worked. Other solutions that were comparable in price didn’t even offer a hierarchical folder view. And because PreRoll Post is LTFS, it’s easy to use with other programs. While some of the other software might be better at simply dealing with footage, PreRoll Post can handle full projects. We offload the entire project – music, scripts, everything. And PreRoll Post is simple enough for just about anyone to use.

How can others in the industry support what you do?

We spent many years making films to help others. Now we have something that can really take off, like a jet plane sitting on the runway just waiting for fuel. We are open to the world for business, not just in Kenya, and we’re sharing “What’s Good” with as many people as possible. This helps us grow and increases the chances that our young teammates can gain the exposure they deserve. Right now, we have around 38 employees, all Kenyen, all under 30, all bristling with ideas and opportunity. We want to be the online hub of African youth-based culture: from Kenya to the world.

Bonus question: What inspires you?

My wife, Tilo Ponder. Watch this, and you’ll see why.