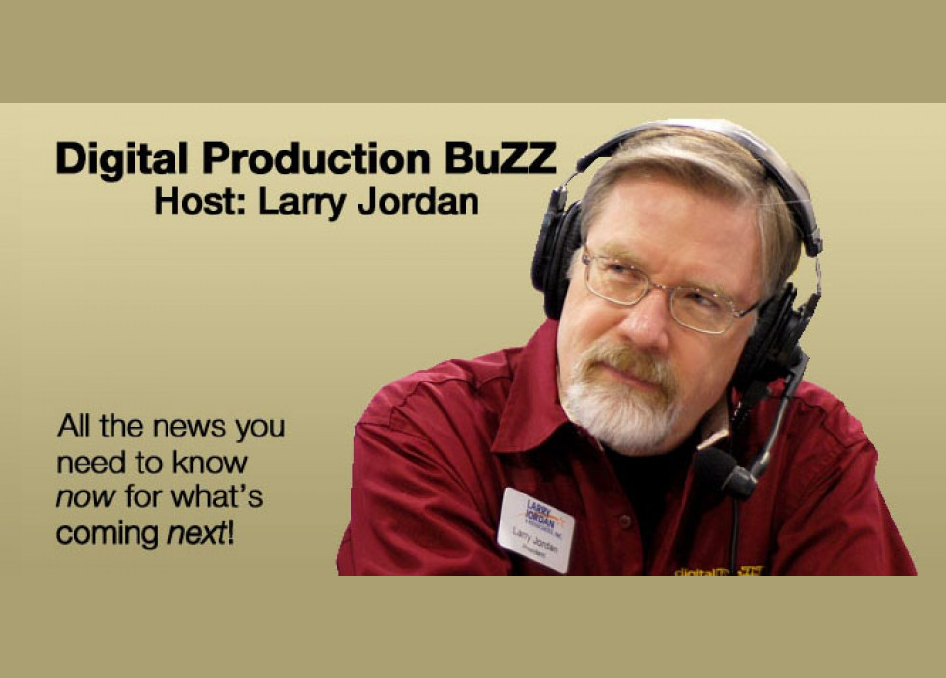 Dan Montgomery, President of Imagine Products, sat down with Larry Jordan at NAB 2019 to discuss the M&E market and the exciting new products and features expected from Imagine this year.

Larry: First tell us what Imagine Products does.

Dan: Imagine Products has been around quite a while. This is my 28th NAB!

L: Are you serious?

D: Yeah! So we’ve done a lot of things over the years. We started doing cataloging and things like that and we kind of moved into file movement and transcoding and playouts and different aspects of those kind of things. These days a lot of people know us for ShotPut Pro, one of our main products which is an offloader. PreRoll Post is an LTO control and we have myLTO software as well that controls LTO decks. We also have a transcoder called PrimeTranscoder. We have a lot of different workflow apps.

L: What’s the most popular?

L: Congratulations! So now that you have 50,000 users using last years product, what do you have for them this year?

D: Well we thought we better give them something a little extra. Over the last year we’ve changed our whole website and how we license products. We’ve also moved up to versioning by the year, so we are working with version 2019. Certainly makes it easier to keep track of! Some of the new things we are showing in ShotPut Pro is a new partnership with Frame.io. It’s a way to upload time sensitive information while you’re offloading the camera media.

In the background it can transcode it and shoot it up to Frame.io clip by clip while you’re doing it so we can do parallel processing. You’re copying that media to make that backup locally and if you have a good connection you can shoot it up there.

L: Very cool. So what else have you got that’s new?

D: We are showing our new Imagine Products cloud. We’ve stepped into the cloud with everyone else! All of our apps will connect to the cloud and what that means is that you’ll be able to, just like the Frame.io example, be able to shoot up all the information about your offloaded camera originals to a database in the cloud. You can then share it with other people and have notifications. We have a new phone app that connects with the cloud so as clips are going you have real time status of what’s going on.

If you have a web portal to it, you can watch clip by clip as they’re coming up, the proxies and the thumbnails and all the camera metadata, over 100 fields of data. Everything is getting pushed up to the cloud and making it more of quicker turn around on things.

L: You mentioned it’s your cloud. Is it your cloud or are you using one of the cloud services on the back end.

D: What it is is it’s designed to basically use any of the S3 cloud services. You could have a private cloud, you could have your local cloud. As long as it’s S3 compatible.

L: So for people that are really worried about security they could have a private cloud that they could take control of and they would still be able to use your software to access it.

D: Exactly. We’ve also implemented the option to do AI. So you can auto tag your media as your offloading it and instantaneously pass it through Google. Our first implementation of this, we have our database housing through Google services so that we can do the AI stuff really easily with their service.

We are storing large files in Wasabi so you can mix and match and intertwine things.

L: You’ve got more products! I saw your booth and you’ve got sort of a laundry list that sort of falls off on to the carpet and scrolls across the floor.

D: Yeah! We have another new product called TrueCheck. Before we leave ShotPut Pro, I want to talk about another new partnership, Codex. Their High Density Encoding for ARRI. The problem is you can’t plug it into a computer and see the files, they all show up as zero size because it’s virtual file system. So we had to talk to that directly and move those files over and turn them into .ARX files inside ShotPut Pro.

TrueCheck is a Mac comparison app. There are problems that a lot of people have with trying to figure out where all their media is and what matches what. Maybe they’ve changed the name of something or they have three different copies of it but it’s all really the same thing. So you can identify files and know which ones match, so it’s using checksum technology to do that. You can also compare two different volumes to see what’s the same and what’s different and then sync them. An inventory can be done. Let’s say you have a 2 TB hard drive and you want to make a report without having to make a copy. TrueCheck will run an inventory or a manifest with thumbs and metadata and present it in a PDF report.

We’ve also stepped into the MHL world. Where you are creating checksums for each file and  you need to know from the very beginning what value that file should have. As it goes through the workflow, you can always check it to make sure that it still matches the original. TrueCheck is really geared towards, after you’ve copied it with ShotPut Pro, what happens downstream and ensuring it’s safe and secure through out the workflow.