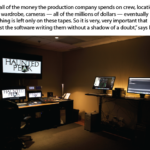 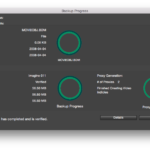 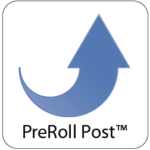 Before you read this, Read Part One first!

The free software that comes with an LTO tape drive is meant only to get you up and running with LTFS so that you can see the contents of your tape in Finder or Explorer. Free software lets you browse the content, but it doesn’t make the content searchable, it doesn’t guide you through the process, and retrieval is excruciatingly slow.

On the other hand, having software that organizes files are keeps track of their positions on the tape is important for performance. Such software can quickly locate files and put them in a logical sequence for optimum retrieval and restore speeds.

Beyond the performance benefits, paid software can walk you through the whole process in order to optimize the archive for video and avoid the pitfalls mentioned above. The idea is to create a good backup from the beginning to prevent problems down the line.

For instance, some paid software forces uncompressed mode during formatting and also automatically formats the tape to meet Discovery Channel’s file-structure specifications, which seem to be the most stringent in the industry right now.

Paid software also makes it easier when it’s time to copy files onto tape. Remember the rule about illegal characters? Advanced LTFS applications analyze names and flag problems with illegal characters so you can fix them before you start the backup. With certain software, you can even configure it to replace illegal characters automatically during the backup process and then restore those characters when you restore the files. This capability is helpful in cases where it’s important to keep the same file name regardless of illegal characters, such as when linked files are referenced by other media.

Likewise, if the files you’re copying contain references or links, the software checks to see if they are valid. If not, it will flag the problem so that you can address it before starting the backup.

It is helpful to have LTFS software that is video-aware. That is, it always knows the typical video formats, the different types of data coming out of different cameras, and how to break up or keep together different data sets when spanning multiple tapes. Video-aware LTFS software can also extract thumbnails and even play proxies before ever pulling anything off the tape.

Finally, unlike free LTFS software, paid software compares source and copied files and performs checksums on the data, a common and often required practice in the postproduction industry. Checksums provide assurance that the source and copied files match exactly and didn’t get corrupted during the backup process. PreRoll Post takes checksums a step further by calculating a checksum again after the file is restored. This extra checksum calculation helps ensure the file wasn’t corrupted during restoration.

It pays to be organized and judicious about what to back up. Most people back up far more than they can use. For example, it almost never makes sense to back up hidden files because they will be incorrect when restored.

Remember the rule of two: It’s not a true archive without at least two copies of the content – most likely on two or more sets of LTO tapes – stored in two different buildings.

LTO and LTFS create a long-term, reliable, economical storage solution. If you’ve never backed up to LTO before, there is a slight learning curve, but with some common sense, best practices, and the right tools, you can easily set up your archive to deliver worthwhile results down the road … with far more reliability than you would ever get from hard disk.