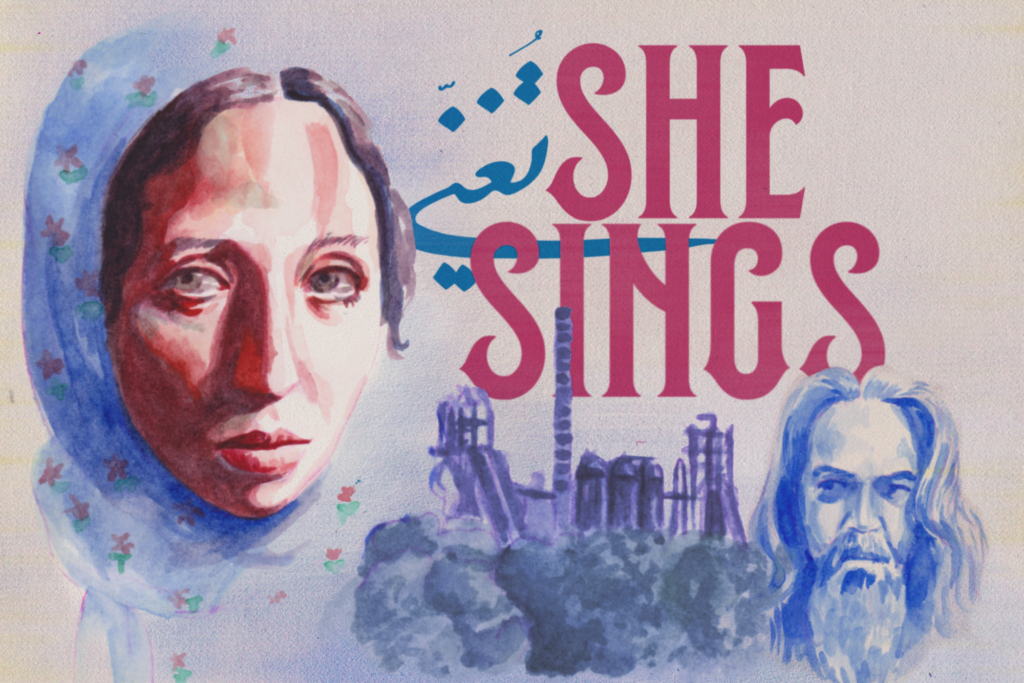 Recently Imagine Products, Inc® had the privelge of interviewing Studio Ragheb about their upcoming short film, “She Sings.” We got to learn more about its origins, the artistic process, and their workflow on this project when compared with their past work. Read on for the full interview!

First of , I’d love to know a little bit more about you and your studio. How did you get your start and what types of films do you create?

Studio Ragheb: Studio Ragheb was started in early 2022 by my husband Ahmed T. Ragheb and I. We had been making short films, music videos (for Daniel Knox and the Handsome Family) and a feature documentary titled Portrait (available on Amazon Prime) since 2019 but decided it was time for the next step! Our short film work is mostly experimental and explores the cross-section of feminism, place, and cultural dislocation.

You’re working on a new project right now titled “She Sings.” Could you tell me what it’s about and where the idea for it came from?

Studio Ragheb: “She Sings” is an experimental short film that further explores the themes of feminism and cultural identity through the lenses of dreaming and music. The film follows Aziza, an Egyptian American woman from Pittsburgh, PA, as recalls a dream to her husband one morning at breakfast. After her description, we get to witness the dream, in which all that was said, unsaid, and implied is revealed, culminating in a surreal country-western musical number. The short film will be broken into three distinct chapters, using three distinct filming styles, and throughout it all both Aziza’s conscious and subconscious conflicts and insecurities reveal themselves. The idea really came out of two previous shorts that we made during pandemic lockdowns, “The Sailor” and “Tales of the Marvelous and News of the Strange,” that explore similar concepts and experiment with various filming styles (including still photography). “She Sings” is our way of exploring what we care about most on a scale larger than anything we’ve done before.

I couldn’t help but notice that all of your films have incredibly done posters, including “She Sings.” Do you have an idea of what you want it to look like before the project starts or is it something that you figure out along the way?

Studio Ragheb: “She Sings” was the first project for which we commissioned concept-art before beginning production! Because we crowdfunded for the film, we really wanted to give people an idea of our vision. We worked with an incredibly talented Cairo-based Egyptian artist/painter named Noureldin Ahmed who worked off photographs of our lead actress, Mariam Atallah. The inspiration for that concept actually came from a 1967 poster for the Lebanese film Safar Barlik, which was designed and painted by Ahmed’s grandfather, Mohamed Ragheb. 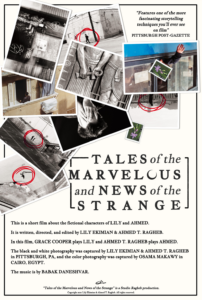 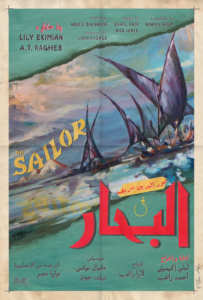 And a follow-up question, who puts together the final design for the poster?

Studio Ragheb: Up to this point, Ahmed and I have designed and executed all of the posters for our previous films – the final design for the “She Sings” poster hasn’t been decided yet.

Could you give me a glimpse into your project development process? Such as pitching, funding, budgeting, pre-production, etc…?

Studio Ragheb: Ahmed and I have traditionally worked with micro-budgets and have written, directed, edited and produced the films ourselves. With this latest film however, we decided to launch a crowdfunding campaign, including pitch videos, and were able to secure enough funding to begin production. Our crowdfunding was successful in part, we believe, to the wonderful artwork that helped donors feel the vision!

You mentioned this is your first time working with a crew. What has that been like for you and how much has it changed your workflow when compared with past projects?

Studio Ragheb: Working with a crew has been a great learning experience for us! It’s so incredible to have a team help see your vision through. For “She Sings,” our wonderful team is spread out across the world, with key creative members located in Pittsburgh, Chicago, Cairo, and Porto, so coordination is key with keeping everyone on the same page – definitely more so than what we’ve needed to do in the past.

Anytime you increase the scale of a production it’s bound to get more complicated. Could you tell me a little bit about how you handle generated footage and if using ShotPut Pro led to a more streamlined workflow?

Studio Ragheb: Using ShotPut Pro absolutely streamlined our process! We shot over two days and offloaded the footage back home after each shoot. We needed a quick turnaround time (we shot at dusk, then again the following dawn) and ShotPut made that so simple to offload without fear of losing footage (and even allowed us to get some sleep in!).

Handling valuable footage is always stressful, especially when there’s a chance of data loss. Does ShotPut Pro’s Checksum Verification help alleviate this at all?

Studio Ragheb: The Checksum Verification definitely put us at ease! That’s actually why we sought out ShotPut Pro, so we could rest assured we didn’t put our footage at risk, especially because reshoots were not an option for this project.

Where can everyone view your new project once it’s been completed?

Studio Ragheb: We aren’t sure where “She Sings” will appear once all is said and done (after, fingers crossed, festivals), but we will certainly make sure it will be available for all to watch!