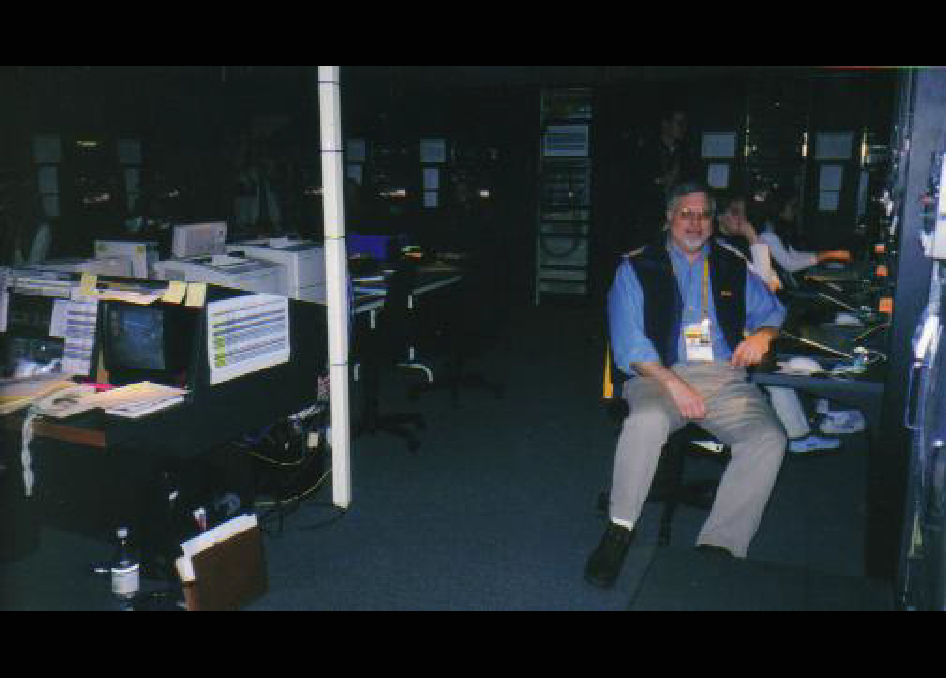 The Olympics are always a fun and exciting time for the world. It’s amazing to come together as one human race and celebrate the incredible achievements of talented athletes. In 2002, Imagine Products was asked to travel to the Salt Lake City games to assist with the logging of that years Olympic footage using Image Mine®, our video cataloging software. Dan Montgomery, President and Owner of Imagine Products, recounts his time at the 2002 Salt Lake City Olympics.

As I sit watching the Rio summer games, and truthfully whenever any Olympics rolls around, I can’t help but reminisce about my experiences with the Salt Lake Winter Olympics in February of 2002.

Our sales manager “made the sale” the summer prior to the Olympics. It was the largest single sale to date and of course being the Olympics made it even more exciting. The agreement was that we would customize a version of Image Mine for them and provide on site support during the games. This last part was like a cherry on top as far as we were concerned! Who hasn’t wanted to go to the Olympics.

Then 9/11 happened and the whole world changed.

Instantly the thought of traveling, which was once a no brainer especially in the business world, became a serious question of safety. For our small company it meant the loss of our sales manager whose young wife was afraid of him traveling, and understandably so, it was a scary time for most of the world. Of course as the President and the next best

My badge to get me “behind the scenes” – or really just to the broadcasting center.

person knowledgeable to fulfill the contract, I went.

I arrived about a week prior to the opening ceremonies and was housed at a Ramada Inn about 10 blocks from the Salt Palace Convention Center that had been transformed into the broadcasting center. On the first bus ride to the center I noticed lots of concrete road barricades, chain link fences, barbed wire, etc. At first I thought, “Wow, it’s just like Indiana. They tear up the roads just before the Indy 500!” But of course it was all about security.

Barricades outside the Salt Palace Center. Photo Attributed to www.sbe24.org

There were three rings of barricades around the convention center, bomb-sniffing dogs, airport style metal detectors and police with assault rifles. Oh! And did I mention snipers on rooftops around the city? Yeah, it was like that.

Inside the center was a grid of temporary “offices” built from drywall. It was like a large city with security guards positioned at each intersection of the grid and they had to have eyes on each other at all times.

There were two scary moments leading up to the games. One was someone setting off a door alarm going outside to smoke. The other was detected “explosives” which turned out to be the fireworks they were bringing in for the opening ceremonies. Both times a very loud alarm would sound, the security guards would take off running and the building went into immediate lockdown. Fortunately both instances were short lived and once the games actually started there were no more issues.

Video collection and distribution was organized through a shell company, International Sports Broadcasting, based in Salt Lake. While NBC also had their own production team on site, the ISB was tasked with shooting all events without regard or preference to the athletes and creating the International Olympic Committee’s visual archives of the games. When I say ‘without preference’ I mean each country represented is primarily interested in following their athletes regardless of ranking, so it’s a somewhat monumental task to provide that kind of coverage.

The Backup Room in the Broadcasting Center. Photo Attributed to T.Buckingham Thomas

To do this the ISB contracted videographers from all over the United States to assist in the various venues and broadcasting tasks. Additionally, they hired about 50 senior broadcast students from various universities to perform the cataloging tasks. It was a great gig for a college student – you got to see the games, pad your resume and earn $50 a day!

The ISB had set up 28 video logging stations. Each had a Gateway laptop with a USB 1.0 video capture input and our logging software on them. Gateway was a sponsor of the Olympics that year and all the equipment was ‘payment in kind’. The USB throughput was slow considering the video was analog, we are talking 20 frames per second! But since the software was just grabbing thumbnails, it was adequate. This was the first Olympics that thumbnails were used for archiving, before that all archives included descriptive text but no pictures.

The workstations also had two Panasonic DVCPro tape decks plus two VHS tape decks. Yes, you read that right! Panasonic had its own support area with about 20 techs solving any issues that arose immediately. Three high quality copies were made, one came from the truck or venue and two VHS tapes, one with timecode and one without. I was really surprised and asked “Why VHS?” and they said because VHS was the lowest common denominator for universal viewing footage.

Olympic Fun Fact: No two modern Olympics to that point had been shot on the same video format. As far as I know, this is still true!

Remember I said part of the agreement was customization? ISB had paid 3M for a custom full-sheet label that printed top and side labels for all 5 tapes, plus the box labels all at once. Our tracking software printed them with information extracted from the cataloging database. The Tracker module also was used to keep inventory of blank tapes as they left to the various venues. It supported barcodes to check the In & Out as the used tapes returned to the center.

I met a lot of really great people when I was in Salt Lake. The Olympics has a tendency to bring out the best in people.

I found it fascinating that the students had been practicing cataloging for days before I arrived. It was the first time I didn’t have to teach anyone how to use our software; instead they were showing me tips and tricks!

Since they would be cataloging video LIVE it was important for them to know the rules of the events they were logging. And they needed to know the key players, what to watch for and what drama might ensue. To prepare for this the organizers had been pumping video to the center from the prior Olympic games as if it were happening live and the students were cataloging them as if they were as well. Pretty smart way to prepare, considering the day the games actually started – it was like any other and they did what they’d been doing all along.

The students were versed in several sports each so they could credibly catalog them. Each morning during the games there was a big white board with the assignments for the day. It was hilarious to see the ones assigned to curling – big sighs and grumbles, “Curling again! Ugh.”

My own kids at that time were teenagers and when their school teachers found out I was at the Olympics of course the questions flew. My daughter after having explained my involvement several times decided it was easier to tell them I was an Olympic class curler! After all, what else would a 50 year old, overweight diabetic be able to compete in?!?

My actual job at the Olympics? Remember the “support” portion of the contract, turned out to be much like the Maytag repairman. Nothing failed and no support was needed so for almost a month it was me sleeping at my desk or watching the Olympics – on a tv screen – exactly like I do from home 😂

Can you see Muhammad Ali holding the torch? This was the practice footage used from the 1996 Olympic games to get everyone ready for live logging. From the beginning I had plenty of time to take pictures and chat with my fellow loggers because we’ve always made quality software!

Good luck to all the Olympic competitors!

We hope you have enjoyed this little walk down Olympic-Memory lane.